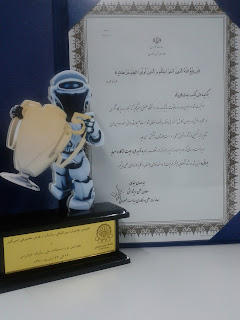 As an update to our previous post, we now present the trophy and the certificate we received for winning the Amir Kabir University of Technology Robotics Competition last week. 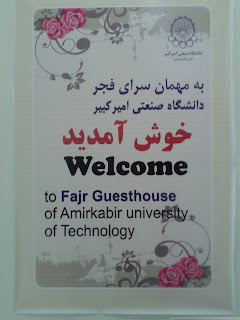 After 2 months of struggling with Iranian Embassies in Germany and Austria for our trip to the 3rd Amirkabir University of Technology Robotic Competition, we finally got onto a flight to Teheran via Istanbul on Monday 12th. We were pretty happy to get about 3 hours of sleep during the flights, because this was about the same amount we got during the last two days due to exhaustive coding sessions. After arriving at the airport in Teheran at 5 am and a long trip to our accommodation, we were not able to rest for long since the Competition had already started.

Although we had some minor problems with our robots and the local conditions, we managed to defeat all our opponents. After 2 days of matches and an open challange we were finally announced as the official winners of the AUTCUP 2012. 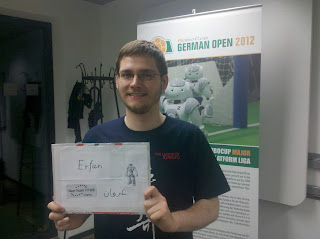 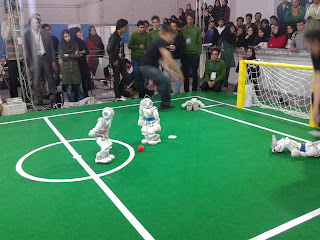 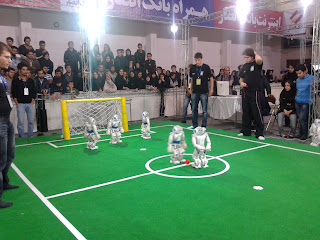 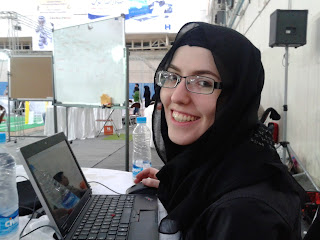 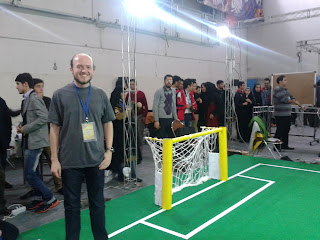 We were more than surprised that the closing ceremony featured a speech held by the deputy of the Iranian President for Science and Technology. As the winning team, all the team members were asked to give interviews for national and local television and radio during the ceremony, but unfortunately they did not always translated us correct. 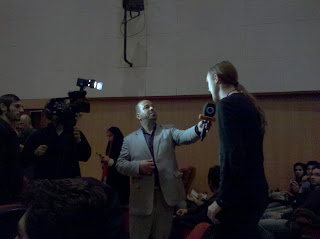 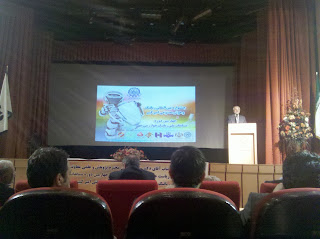 As the whole competition ended earlier than we had expected, we had the opportunity to do some sightseeing in Teheran. The very very hospitable Iranian students from the department of mechanical engineering did not waste a minute and guided us to plenty of sights within Teheran including the Milad Tower, several Iranian Restaurants, a typical Iranian Basar, an Iranian school and many more. We are excited what our hosts plan for the next days and are looking forward to returning to Iran next year. 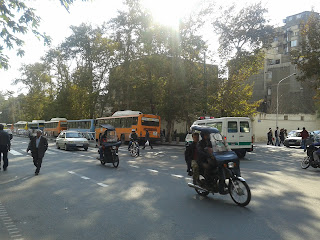 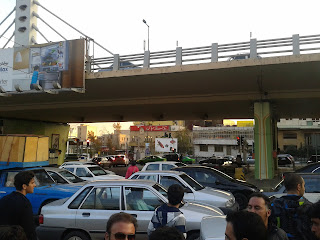 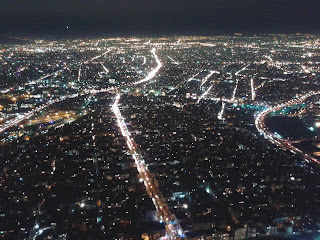 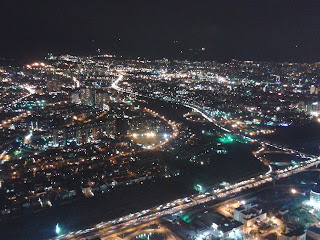